CBD Flower Vs. CBG Flower - How Are They Different? - Procana

CBD Flower Vs. CBG Flower – How Are They Different? 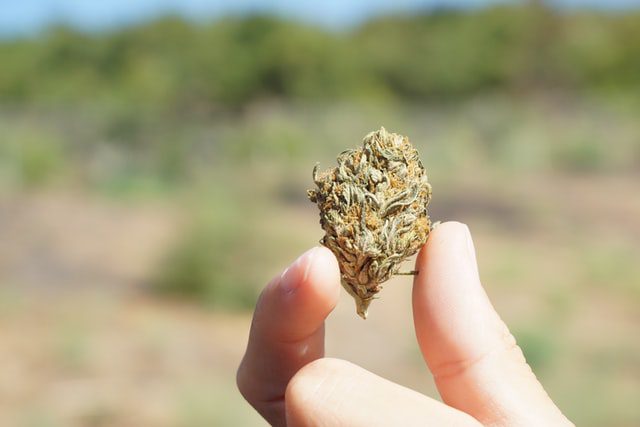 Like CBD flowers, CBG flowers are also getting popular. This is all due to the ongoing research and studies on cannabis plants. Researchers are continuously trying to find new cannabinoids and their potential health benefits. Every day there is new research regarding cannabinoids and their benefits. CBG and CBD both come from hemp. Let’s dive in to get to know how they are different from each other.

CBD flower is also known as hemp flower. CBD flowers are enriched with CBD and have less THC. The flowering bud of the hemp plant in its raw and natural form is called a CBD flower.

CBD flowers come in different varieties, such as Sativa, Indica, and various hybrid strains. CBD flowers from different strains may have different properties, but they give you a powerful serving of CBD. Many people like to smoke CBD flowers to reap health benefits such as the following:

Cannabigerol is a relatively new cannabinoid and is also getting popular. CBG is also known as the mother of all cannabinoids or precursor of all cannabinoids. CBG produces in the buds of the cannabis plant prior to their flowering. The flowering process initiates a chemical reaction that converts the CBG into a number of different cannabinoids like CBD, THC, etc. So in order to produce CBG flowers, the buds must be picked earlier from the plant.

There are fewer CBG strains as compared to CBD strains because growing CBG is a bit tricky and requires time management. If plants start flowering, then you can’t get CBG from cannabis plants.

CBG flowers are also in great demand due to their potential benefits.

According to federal law, CBD flowers are legal if they are hemp-derived and have less than 0.3 percent THC on drying. There is another thing to keep in mind, all fifty states don’t have the same laws for smoking CBG flowers.

CBG is not on the controlled substance list. CBG is legal to sell, use and produce under federal (2018 Farm Bill). According to this law, all hemp-derived products are legal if they have less than o.3 percent THC. So, you can say that CBG is only legal if sourced from federally legal hemp plants. If it is sourced from marijuana and has more than 0.3% THC, then it’s federally illegal. Moreover, different states have some variations of these laws regarding the smoking of cannabis flowers. So it is also important to go through that particular state’s law to know the exact status of CBG flower and its smoking.

No. Smoking CBG does not hurt your throat. It produces a soothing effect, and it doesn’t make you high. It helps to boost your mood and energy levels.

Some studies show that CBD has positive effects in regulating sleep cycles. Many people shared that the use of CBD improved their quality of sleep. So some believe that smoking CBD flowers at night may help you sleep better. Moreover, everybody is different, and their systems can react differently to the smoking of CBD flowers.

CBG and CBD both are non-psychoactive compounds and have less than 0.3 percent THC. THC is responsible for making people high. So, neither smoking CBG flower nor CBD flower produces intoxicating effects.

CBD and CBG both are different flowers and produce different effects by affecting the endocannabinoid system. It is hard to get CBG flowers in comparison to CBD flowers due to their difficult cultivation. That’s why CBG flowers are a bit expensive compared to CBD flowers. Nowadays, cultivators are trying to introduce new CBG enrich strains to reap their benefits. Undoubtedly, CBG is making its way rapidly in the cannabis and hemp world. Researchers are also focusing on exploring the true potential of CBG and its effects on the endocannabinoid system.