What is CBG Oil - How It Is Different from CBD Oil? - Procana

What Is CBG Oil – How It Is Different from CBD Oil? 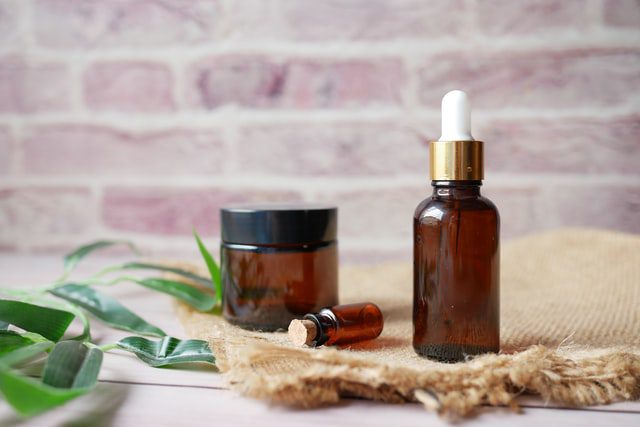 Many people around the world are familiar with CBD, but are you familiar with CBG as well? If not, you have come to the right place. In this guide, you will learn what CBG oil is and how it is different from the famous CBD oil.

What Is CBG Oil?

As said earlier, the cannabis plant produces 115 compounds. You may be familiar with CBD and THC. THC is a psychoactive compound, while CBD isn’t. Other than these compounds, CBG is another most famous and heavily studied compound in the cannabis plant.

CBG stands for cannabigerol, which comes from the stem cells of the plant. The transformation of CBG into other compounds takes place in the plant. Let me surprise you more! CBG is the reason behind the formation of CBD and THC compounds. Let’s understand this process in a simpler way.

The cannabis plant forms Cannabigerolic acid (CBGA), which later forms THCA and CBDA. CBGA is an acidic form of CBG. Through decarboxylation, these acids convert to THC and CBD, respectively. This is the reason that without the presence of CBG, the most important CBD and THC can’t exist.

Due to this conversion process, we receive only 1% of CBG by weight which is very low. Experts have started genetic manipulation and crossbreeding to obtain a high yield of CBG from a cannabis plant. The researcher got some success in this regard as well. The CBG dominant plants are familiar with the name as ‘Type IV- Cannabis.’

CBG is a non-psychoactive substance. It means it doesn’t make you high. Additionally, it is safe to consume and doesn’t show any doping test. Researchers isolated CBG first in 1964, and there are still many studies and research on this compound.

Also read: CBG Oil Dosage: Where to Begin – A Guide to Dosing CBG

How CBG Oil Is Different from CBD Oil?

In this section, you will learn everything that makes CBG unique from CBD. Although CBD and CBG come from the same plant, yet there are some key differences in their structure and biology. Here are some of those differences.

Although both the compounds originate from the same plant, they have different molecular structures. By molecular structure, we mean the arrangement of oxygen, carbon, and hydrogen atoms linked together in the structure. Both CBD and CBG have linked themselves in different ways, and they react differently.

CBG and CBD have marked differences when it comes to pharmacology. This means that both the compounds activate their receptors differently. Researchers have found their effect against the 5-HT1A serotonin receptor. CBD acts as an activator to activate its anti-nausea effect through its affinity for 5-HT1A receptors, while CBG acts as a blocker to this receptor. This suggests that although both come from the same plant, they have different actions for this receptor.

CBG reacts directly with CB1 and CB2 receptors, while CBD binds indirectly. This is the reason that CBG might have more benefits and be effective as compared to CBD.

Appetite is another way that makes both compounds different from each other. CBD and CBG behave differently when it comes to appetite. According to a 2012 study published in the Journal of Psychopharmacology, CBD reduces the food intake while CBG showed no effect on the food intake.

Other Differences In CBD and CBG

People who used CBG have reported quality sleep and sweet dreams. This makes it an ideal oil for those who can’t get quality sleep hours and have nightmares all time. Researchers claim that its sleep-inducing effect is higher as compared to other compounds.

Why It Is Hard To Produce CBG?

As mentioned earlier, there is only 1% cannabigerol by weight in the cannabis plant. Its cost of production is very high. According to Forbes, CBG is the most expensive cannabinoid to produce. According to James Rowland, “thousands of pounds of biomass is needed to produce small amounts of CBG isolates.”

This is because of the reason that CBG is present in minute quantity. But, CBD is present in 20% by weight, so 20 times more biomass should be there to extract 1% of CBG.

Additionally, it creates problems for the cultivators as well. The more the plant grows, the higher the chances that it is CBGA and CBG will convert to CBD. Either the cultivators grow the crop for CBG only to process cultivation before the conversion takes place or let it fully grow. Which Is Better Among CBD and CBG?

There is so much buzz and hype about CBD these days. On the other hand, CBG has not received enough introduction these days. Recent studies have found that cannabigerol and cannabinoids provide the same benefits.

Related: What Are The Benefits of CBG?

There is continuous research on these compounds, and with the passage of time, new paths will open. Researchers are continuously finding the biology and effectiveness of these compounds day by day. Therefore, it is unnecessary to say which is better. The best thing is to wait and let’s see what happens in the near future.

CBG and CBD are two famous compounds that come from the cannabis plant. These compounds are very different from one another. However, you can consume both compounds at a time. There is no harm in it.

Before consuming cannabigerol and CBD, make sure you contact your doctor. Check the legalization of cannabis in your region. So, that’s it. I have articulated everything you need to know what is CBG and how it is different from CBD. This article will help you find the hidden fact of the most discussed topic nowadays.

Also read: Is CBD Or CBG Better For Anxiety?