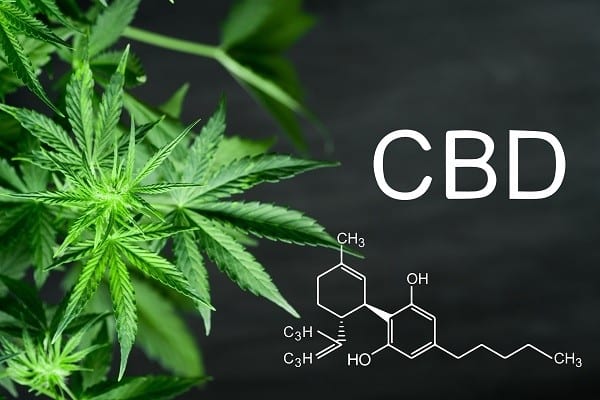 Many cannabinoid consumers are particularly inquiring about the terpenes and cannabinoid quality found in their products. They are taking the spotlight since the discovery that terpenes play as big a role in helping cannabinoids in the healing process by causing an entourage effect.

A cannabinoid is a chemical compound primarily present in the hemp and cannabis plant. It interacts directly with cannabinoid receptors in our endocannabinoid system (ECS). This ECS is responsible for regulating a range of body processes such as mood, sleep, appetite as well as fertility. Moreover, the ECS also regulates our central nervous system signaling and immune system. Therefore, cannabinoids are of great interest because of the way they affect the ECS.

Commonly known for their functions in Aromatherapy and “forest bathing”, terpenes are organic compounds present in many plant species. In simplest terms, they are the reason that essential oils have a strong scent, and those terpenes are said to promote various health benefits. They are secondary metabolites made of isoprene that require minimal heat to evaporate.

You are much familiar with these aromatic compounds since our noses quickly pick them up. They are tiny molecules that determine how plants smell. For instance, terpenes are responsible for the citrus smell from the oranges, the soothing effects of lavender, and a unique aroma from pine trees.

Comparison Between Cannabinoids and Terpenes

Cannabinoids and terpenes are entirely different compounds but may produce more potent therapeutic effects when they work together.

Here Is a Quick Overview of Both Substances:

Working of Cannabinoids vs. Terpenes

Cannabinoids and terpenes differ in their actions. Here is how it works!

Cannabinoids direct how cells correspond; how messages are conveyed and perceived. The majority of these cannabinoids are similar in structure to neurotransmitters which we call endocannabinoids. What actually happens is that cannabinoids bind to two main receptors in the endocannabinoid system; CB1 (most abundant in the CNS) and CB2 (mainly in the immune system). They are vital in homeostasis.

On the flip side, the effects of terpenes largely depend on their use whether topically, orally, or inhaling. Besides aromatic properties, they also have therapeutic properties and can assist in the plant’s medical effects. They directly trigger GABA receptors and TRP channels when they directly absorb into the bloodstream via the skin or digestive system.

– Psychoactive Properties of Cannabinoids vs. Terpenes

Each cannabinoid binds specifically to the receptors and produces specific effects. The psychoactive cannabinoid is tetrahydrocannabinol, (THC). It binds to a CB1 receptor and can alter serotonin levels in the brain. Thus, resulting in psychoactive characteristics. However, if cannabinoids bind with both receptors without directly stimulating CB1 like the way the cannabinoids CBG and CBD do, they will be entirely non-psychoactive.

Whereas, Terpenes have less affinity for CB1 receptors and thus, they don’t make you feel “high” as some cannabinoids can. They may shift the balance of endocannabinoids to alter mood but not the way THC would alter it. However, While terpenes aren’t intoxicating on their own, some think they may impact the effects of THC.

– Common Types of Cannabinoids and Terpenes

Although there are more than 100 cannabinoids in the cannabis plant alone, the most common ones are:

Moving on to terpenes, there are over 20,000 different terpenes in existence. Out of which, almost 100 are present in cannabis. Each strain smells differently due to different concentrations. Here are examples of the most popular terpenes in cannabis:

The Legality of Cannabinoids vs. Terpenes

Some cannabinoids that are not legal in many countries. Here is a list of the restricted items Schedule 1 restricted substances. Mainly, only delta-9 and delta-8 THC are illegal in some areas while the majority are deemed restricted by the DEA. The legal cannabinoids include CBD, CBG, CBC, CBN, THCV, THCP, etc.

On the other hand, terpenes are entirely legal, and there has never been a regulation that rejects terpenes in the US.

Do All Cannabinoid Products Have Terpenes?

Some cannabinoids consist solely of the cannabinoid molecule with no other compounds; this is known as an “isolate” product. These don’t provide an entourage effect and, thus, are not so popular.

Another newer form of cannabinoid product is the broad-spectrum that has all the natural substances excluding THC. However, the different extraction processes can oxidize the terpenes and result in fewer benefits.

Like broad-spectrum, this full-spectrum form of cannabinoid products uses minimal processing but can contain up to 0.3% THC. It has the highest concentrations of terpenes, which can boost potency.

Should You Add Terpenes to Your Cannabinoid Products?

If your cannabinoid is an isolate and doesn’t have terpenes, you can include it to your preference. However, Procana took the extra step to offer hemp products and vaporizers with all necessary terpenes. Get your hands on the right hemp product for your needs from Procana.

Cannabinoids and terpenes are entirely different yet active chemical compounds in the cannabis plant. They both interact with the endocannabinoid system and play essential health benefits roles. Terpenes are the aromatic compounds that define a plant’s fragrance, also work synergistically with cannabinoids to boost the effectiveness. Unlike cannabinoids, terpenes don’t bind to specific receptors and have less evaporation temperature.

Most of the whole-plant extracts contain terpenes but isolates, or pure cannabinoid products, don’t have them. So, you must find the right spot that sells hemp products with the necessary terpenes. It will help you to unlock the full benefits of cannabinoids.