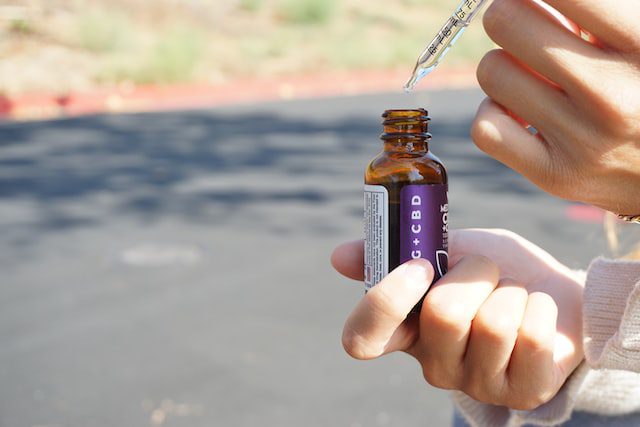 CBG was discovered in 1964 for the first time, so it’s not a new cannabinoid as many people think. But you can say that it is one of the least studied phytocannabinoids in the cannabis plant. It is often referred to as the mother of all cannabinoids. This is because other cannabinoids are derived from cannabigerol acid (CBGA), an initial but acidic form of CBG. For the past few years, it has been in the limelight due to its exceptional properties. Its yield is very low as compared to CBD.

In most strains, only one percent of CBG can be found compared to twenty to twenty-five of CBD or twenty-five percent of THC. So CBG is incredibly expensive. So it is also known as the “Rolls Royce” of cannabinoids and is considered significantly more effective than CBD, especially in terms of pain management. So, how does CBG reduce pain? This makes consumer products derived from cannabinoids rare and often expensive. However, CBG is growing in popularity due to its many potential benefits.

How Does CBG Help in Pain Management?

Pain is a very subjective experience, we all suffer from pain at any point in time, but its severity and experience will be different for everyone. An unpleasant sensory and emotional experience is associated. Pain is the result of a complex interaction between the body and brain signaling systems. It tells the brain that there is something wrong. Pain is the body’s natural system to get the attention of any potential damage.

THC and CBD are also known for their painkiller properties. THC was reported to be twenty times more anti-inflammatory than aspirin, but you know it’s notorious head-high effects. THC is psychoactive, so its use can make it difficult for patients who would like to drive and work.

According to a study, CBG is a more potent analgesic when compared to THC, and it doesn’t cause intoxicating effects. To understand how CBG helps to reduce pain, you must first understand that CBG can directly cross the blood-brain barrier, and CBG directly influences the signaling mechanisms that indicate to the brain that you are in pain.

CBG can cross the blood and brain barrier so easily, and its effects are so significant. This barrier is the protective layer surrounding the brain. You can call it a magnetic force field that ensures the protection of the brain. The second thing that you have to understand is that all humans have an endocannabinoid system. This system has two receptors, CB1 and CB2. The endocannabinoid system controls many body functions such as hunger, sleep, and pain.

When CBG is present, it binds to these receptors, causing a cascade of different processes, ultimately ending up with a reduction of the signals that tell the brain you are in pain. A brief review also supports that CBG helps in reducing the brain signs linked with pain. So your body feels less pain in the presence of CBG.

Several studies have shown that cannabinoid mixtures that include CBG and CBD are incredibly effective at reducing pain signals. Some studies have shown that these phytocannabinoid mixtures are more powerful and effective than they can outcompete other synthetic pharmaceuticals or painkillers such as aspirin. It is proved by different studies that cannabinoids are more effective when working together in synergy. So many researchers are studying their effects when they work together instead of focusing on them alone. CBG is one of the most important cannabinoids and is gaining popularity due to its effectiveness in relieving pain. By working on the brain and the body, CBG can reduce the intensity of pain you feel, but this has some downsides. CBG is expensive to produce, and its effects are not properly known, so it’s a long way to go.

All cannabinoids are lipophilic, so it means that they are fat soluble and hate water. Human bodies are mostly water. This is where we come into. The absorption rate for cannabinoids can be as low as five percent. The liver filters them out before they can be absorbed in the body. CBG is hard to extract due to its low yield. Thankfully, there are companies such as Procana that use state-of-the-art production of hemp, helping to overcome the possible shortage of CBG. They have an expert team of researchers who always focus on introducing the best formulas regarding CBD and CBG products. They have the best CBG products that have better absorption and give you desired results. If you are also looking for quality and reasonably priced CBG products, then you must try Procana CBD and CBD products. Their products are formulated by researchers and medical experts, so you can trust these products without any hesitation.

Q. How To Dose CBG For Pain Relief

Don’t try to dose CBG by yourself. You can take advice from a doctor regarding CBD dose. If you are already on medication, you must inform your health care practitioner or doctor before using any cannabinoid-based product. Because these cannabinoids, especially CBD, can interfere with other drugs

Wrapping Up the Things

CBG has great potential to relieve pain. It can be helpful in managing chronic pain disorders. There is a need for thorough research and clinical trials to unveil the true potential of CBG not only as a pain killer but also for other health issues. Human clinical trials can help uncover the true potential of CBG. But there is a problem as you can get CBG in large quantities. So there is also a need to explore the ways and variations to get its maximum yield. Researchers should also focus on maximizing its yield.