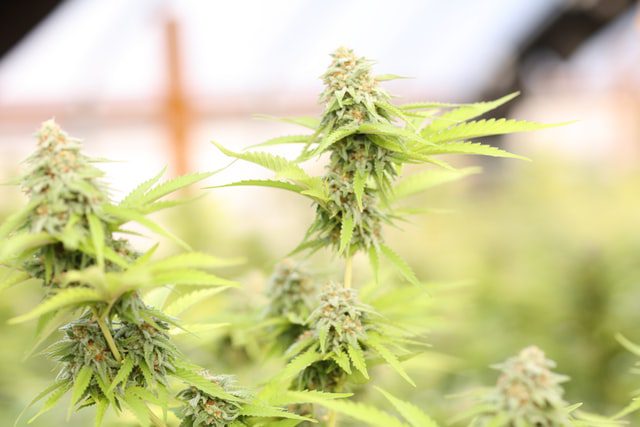 Cannabichromene, also known as CBC, is one of the chemical compounds in the cannabis plant. Many of you may not be familiar with the CBC because it is new in the limelight of the cannabis world. You may be familiar with CBD and THC. These two cannabinoids are useful but quite different from each other. There is a lot of research to support the effectiveness of CBD in managing many health conditions. CBC is relatively new, and there is less scientific research on it. Cannabichromene might affect the brain and nerves and reduce pain and swelling. Consumers are showing interest in using Cannabichromene for swelling, pain, and many other purposes, but there is no good scientific evidence to support any use. A few years back and to date, it is CBD that was in the limelight, especially its CBD oil. CBC oil is a lesser-known cannabinoid in full-spectrum CBD oil products that still hasn’t hit the limelight. CBC hasn’t been the center of any massive research yet. However, a few smaller studies have shown this CBC has some medical potential and brought more attention to it. Still, many people confuse CBC and CBD. This article will address the differences between CBC and CBD and help you leave with a better understanding of the cannabinoid known as Cannabichromene (CBC).

How Are CBD and CBC Different From Each Other?

Let’s compare these two cannabis compounds, the similarities they share, and the differences they have. Apparently, these cannabinoids may look similar but there are, in fact, a lot of differences. We can understand that you are unaware of CBC, although it was discovered by Dr. Raphael Mechoulam and Y. Gaoni in 1966. CBC hasn’t received too much attention previously, but nowadays it’s part of many products, and people are considering it to be a new CBD for its potential therapeutic benefits. It does not have head-high effects like THC, as you all know that THC is notorious for its head-high effects.

There is initial research on CBC, and the results are quite promising. According to this research, it has great potential to be part of topical applications for swelling and for acne. Yes, you heard right, it has great anti-acne potential, and we know acne is one of the major skin concerns. It also has antiviral and antibacterial properties. To be clear, regular old CBD also has anti-inflammatory properties, but CBC seems to be the stronger candidate when it comes to alleviating active acne. The most interesting thing is that the two actually work best when they work together. Yes, CBC and CBD augment the effectiveness of each other.  You all are familiar with CBD. After the Farm Bill, CBD received a vast majority of media attention. Its products are available easily in the market. CBD also does not produce head-high effects like THC and it affects the endocannabinoid differently. CBD has great potential to manage many health issues like tension, mood swings, and chronic pain.

On the other hand, CBC has a direct link to the TRPV1 receptors in the nervous system, making it a valuable analgesic tool. Consequently, inflammatory conditions and pain related to arthritis or any illness of similar nature can be controlled using CBC. Research supports that CBC has the potential to affect the TRPV1 receptors in the nervous system. Like many other cannabinoids, CBC is commonly mistaken for CBD. CBC is a different compound and has a unique chemical structure (C21H30O2),

When discussing CBC vs. CBD, keep in mind that Cannabichromene (CBC) is quickly emerging as one of the popular cannabinoids of recent times. CBD, on the other hand, remains just popular.

According to a small study investigated CBC’s potential to promote the formation of adult neural stem progenitor cells. If it is proved in the future that CBC has strong anti-cancer properties, then it will make a huge impact and create a significant difference between CBD and CBC. One of the most impressive differences between CBC and CBD is CBC’s apparent affinity for the nervous system’s TRPV1 receptors. According to research, CBC can show more promising effects in reducing pain and swelling.

Legal Status of CBC and CBD

According to Farm Bill 2018, all hemp-derived CBD products are legal with less than 0.3 percent THC, while on the other hand, hemp-derived CBD is legal. If your CBC or CBC is sourced from another plant like marijuana, then both substances are not federally legal. One more thing you should keep in mind is that different states have different laws for marijuana-derived CBD and CBC. So you will need to go through both state and federal laws.

How Are CBD Oil and CBC Oil Different?

CBD oil is available in different forms, such as full-spectrum and broad-spectrum CBD oil. Full spectrum means CBD oil has all the goodness of the hemp plant, including THC. Broad spectrum CBD oil means CBD oil has the goodness of the hemp plant but excludes THC. CBC oil is made with full-spectrum extracts from hemp plants. Legal CBD oil must have less than 0.3 Percent THC. Just like CBD oil, CBC also comes in a liquid form. Some brands even sell CBD oil products infused with terpenes, aromatic compounds, to enhance its overall benefits. So choose your product wisely.

CBC and CBD are both chemical compounds present in cannabis plants. Both compounds come from the same plants, but their molecular structure and properties are quite different. Now researchers are trying to find new cannabinoids and their potential benefits, and CBC is one of these compounds. There are only a few studies that support CBC, but long-term studies are still not conducted on CBD and CBC. There is a need for long-term studies and clinical trials to know the full range of risks and rewards as many people found the CBD and CBC-based products effective while others may have side effects. So always consult a doctor before using CBD or any other cannabinoid-based product.