What Does CBD Oil Do? Surprising Benefits Of CBD Oil - Procana

What Does CBD Oil Do? Surprising Benefits of CBD Oil 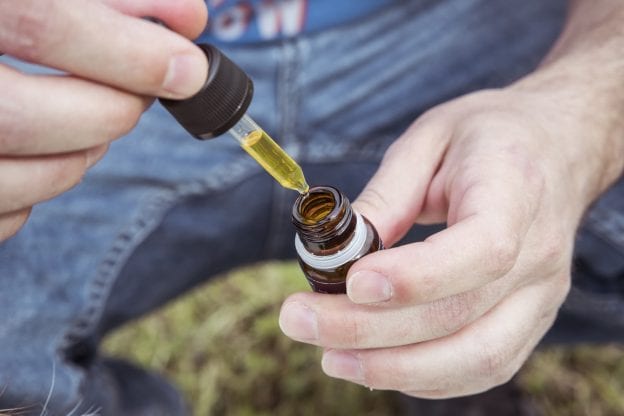 Nowadays, everyone knows what CBD oil is. This is because of the immense publicity in the last five years. If you still not know what does CBD oil do, you are not alone. We got your back. You have come to the right place to learn everything about this amazing oil. Most recently, FDA has approved a cannabis-based medicine for epilepsy which has directed people to have their trust in this oil. It is still a growing industry, and with the passage of time, new paths will open, and you will know more things about it.

What Does CBD Oil Do – An Introduction

It is amazing to know that there are over 113 compounds in a cannabis plant. CBD is present along with other compounds such as THC and CBG. CBG is present in a small amount, and it shows a small difference from CBD. On the other hand, THC is a psychoactive compound that makes you high, but CBD doesn’t. To make CBD oil, researchers extract CBD from the plant and dilute it with hemp seed oil or coconut oil. CBD oil is legal in the US as it is derived from hemp seed, according to the 2018 Farm Bill.

As CBD is a growing industry, researchers are continuously finding new ways to make it effective for various health conditions. Some scientific studies were on humans, but many are on animals. Similarly, some reports and surveys showed incredible health benefits of CBD oil among its users. Here are some top benefits of CBD Oil.

Heart attack is a leading cause of death in the United States. According to the Center for Disease Control and Prevention (CDC), 647,000 Americans die every year because of a heart attack. According to CDC, one American dies of heart disease after every 40 seconds. Various studies have shown that CBD oil has astonishing effects on cardiac health, especially when it comes to reducing blood pressure. According to a 2017 study published in the journal of The American Society of Clinical Investigation, nine healthy men who received 600 mg of CBD oil had reduced blood pressure as compared to the other group of people.

The same test found that the people with CBD oil showed no increase in BP when they were passed on the stress test. Another scientific study on mice showed that CBD reduced oxidative stress to prevent heart attack. All these studies reveal that it supports heart health directly or indirectly.

Smoking addiction is a bad thing, and it is very hard to get rid of it. However, CBD can help a lot in this situation as well. According to a study published in the Journal of Addictive Behavior, CBD oil reduced the consumption of cigarettes among smokers when they tried vaping pens or inhalers containing CBD. This study showed that people with CBD reduced their smoking consumption by 40%.

Additionally, as you know that smoking a cigarette is very bad for the lungs, but smoking cannabis supports the lungs, according to a study. Another surprising study conducted in 2015 revealed that CBD was very effective against drug addiction. Another research found that CBD oil could largely reduce the craving during withdrawal from tobacco. Many research studies are still in process to check how CBD oil can help with additions of smoking and drug reduction. All the above studies and credible sources recommend the use of CBD oil for smoking and drug addiction.

According to the Journal of Cannabis and Cannabinoid Research, the use of marijuana for pain was very popular back in 2000 B.C. It is very effective and helpful for chronic pain. This is the reason people around the world use it for all types of pain, such as arthritis pain. According to the study published in the Journal of Pain Research, CBD impacts endocannabinoids activity to reduce inflammation and pain. One study on mice showed that CBD significantly reduced the pain response to surgical incisions. While, in another study published in the European Journal of Pharmacology, CBD reduced sciatic pain and inflammation.

One famous study published in the Journal of Natural Plasticity found that CBD oil reduces pain and muscle spasms among 47 individuals who took Sativex for one month.  Body pain is very much common nowadays, and almost 96% of people experience some kind of pain in their lives. The above studies reveal that only CBD is an effective cure for these pains.

It does wonders. Since the discovery of CBD oil, we have seen so many medical benefits. With time, more benefits are coming on the screen. This article discusses the science-backed benefits of CBD oil. It will give you a complete insight into what CBD oil do in the medical world.