Is Delta-8 Legal? Everything You Need To Know

Is Delta 8 Legal? Everything You Need To Know 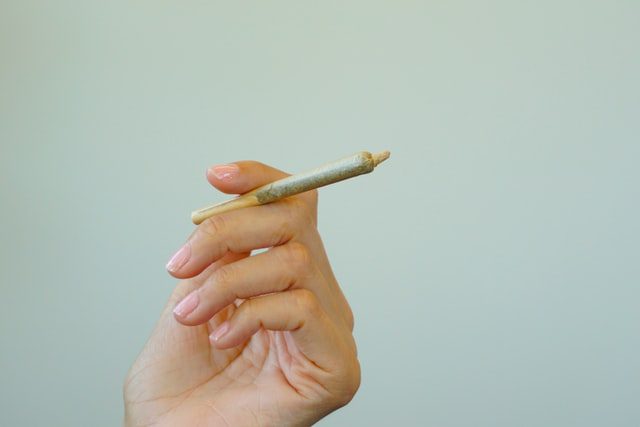 You can find delta 8 products at many groceries and superstores along with other hemp products. Every day its sales are taking huge jump due to high demand. Delta 8 products have exploded in the markets from the last few months; many brand owners and companies are considering it a ray of hope in the uncertain market of CBD and other hemp products.

It is n a relatively new Cannabinoid, so there are many- confusions, misconceptions and still, its legality is controversial. According to the farm bill, 2018 delta -8 is legal if derived from hemp. But things are not that simple. Delta- 8 has a similar structure to the substance delta -9. Delta 9 is a federally banned substance, while naturally occurring delta 8 is not on the list of controlled substances, so what is the actual story? Let’s dive into depth.

Delta 8 is a derivative of CBD and is present in very small amounts. Nowadays, many people think that it is synthesized because every second product has delta 8 as an ingredient. It is not true; delta -8 is a natural and relatively new Cannabinoid. Different companies are making different products by adding different other ingredients with delta-8. They are experimenting with delta 8 but not making anything new. Delta-8 has a similar structure to delta 9. Actually, it is an isomer of delta 9, so its effects are also similar to delta 9. Its legal status is the talk of the town nowadays due to the loophole in farm bill 2018.

According to this bill, only delta9 is only a schedule I drug. According to this la hemp and its derivatives, salts, and other compounds of hemp are legal. As they write this law very specifically, so it gives space to delta-8. If you only look at the farm bill, you must say that there is nothing wrong with selling delta-8 products. Many people claim that these are the loopholes due to which delta-8 is legal.

Farm bill 2018 gives some space to delta 8, but on the other hand, different states are working on it. They are looking to the depth now. Few states explicitly ban the use of delta 8 in any form. It does not matter that the companies obtain the compound from natural hemp or make it artificially.

Following Are The States Where Delta 8 Is illegal.

Alaska, Delta 8 is a scheduled IIIA substance, and Alaska states laws prohibit the sale and purchase of this substance within the state.

New York recently banned the substance when the language of law became a matter of concern as the law does not allow any intoxicate compound to sell and purchase. Some more states are Arkansas, Delaware state, Idaho State, Iowa State, Kentucky State, Michigan, and Mississippi state. Montana and New North Dakota also banned this substance similarly to Rhode Island, Utah; Vermont State restricted the sale and purchase of this substance.

Delta-8 is legally available in twenty-eight states such as California, Washington DC, Texas, Virginia, and some more states. These states are also working on law and will soon bring new legislation regarding delta-8. Drug regulating authorities and FDA are working on the new laws.

Beyond the THC level, the delta-8 industry has not any regulatory authority, and safety is another concern. They use toluene in CBD to delta eight conversion processes. There is poor process control in delta-8 manufacturing, allowing products with a high level of dangerous solvents. So delta-8 products can cause harmful effects too.

Yes, you can online buy delta-8 products because, according to the farm bill, only delta-9 is on a controlled substance list. According to this farm bill, all hemp-extracted products are legal which have less than 0.3 percent delta 8.

The law states that any kind of synthetic Delta- eight or Delta-eight derived from marijuana is obviously illegal; according to law, either these products have delta-9 THC or may some harmful compounds. So delta-8 products are illegal in every form.

This is a path for delta-8 products but selling them in the name of hemp and without quality check is not the right way. Due to its intoxicating effects, maybe it would be treated like delta -9 products in the future. It is also possible authorities will allow delta 8 products with warnings and age restrictions, so we can’t say anything certainly.

Technically if delta -8 is derived from hemp is not illegal. But legislators do not know or don’t foresee that people will start to make intoxicating things from the hemp. If they know about delta -8 like compounds, then they must add a clause for it also.

Delta-8’s legality varies from state to state. It is a relatively new Cannabinoid so working on laws is in process. Actually, it depends upon the interpretation and what they are looking to interpret, such as farm bill 2018, controlled substance list, and states law. It’s high time for FDA and other legislative authorities to do proper

Legislation otherwise, this novel Cannabinoid can destroy the years of effort.

Related: What Are Delta 8 Gummies Used For?